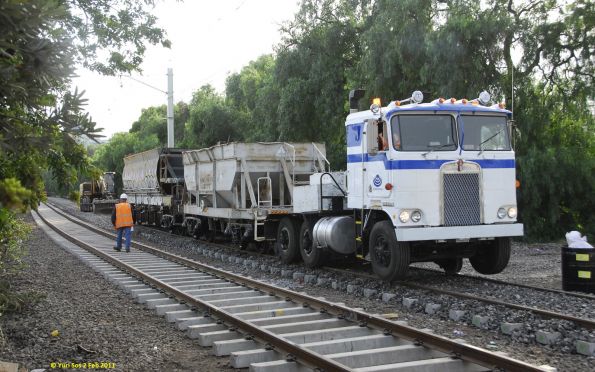 The Coleman Rail ballast train. The bogies that were on the Ingles Street level crossing yeaterday are under the two hoppers. The second hopper delivered (first behind the prime mover) is lettered for Coleman Rail.

The hopper wagons are former Victorian Railways wagons: the smaller of the two is a former NN, recoded to VHNA. The larger wagon is one of the four variants built in the 1970s; many of the type are still in use on the Kilmore East Hanson quarry train (thanks to Rod Smith for these details).