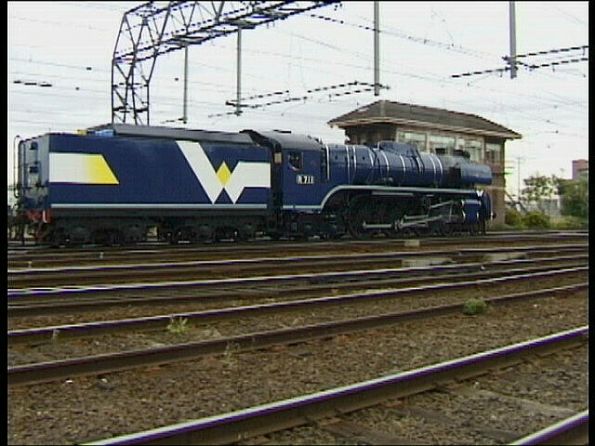 On Wed 25 Nov 1998, R711 leading ex-Southern Aurora dining car RMS2360 returned to Ballarat East depot via Ballan for minor adjustments.  Unfortunately, it was then found that several tyres had moved on their centres.   The decision was then taken to withdraw R711 from service and have the loco re-tyred over the summer break - frustrating, given that after all the work poured into the loco and all modified parts working magnificently, a fault that can only be detected when running had temporarily sidelined R711.