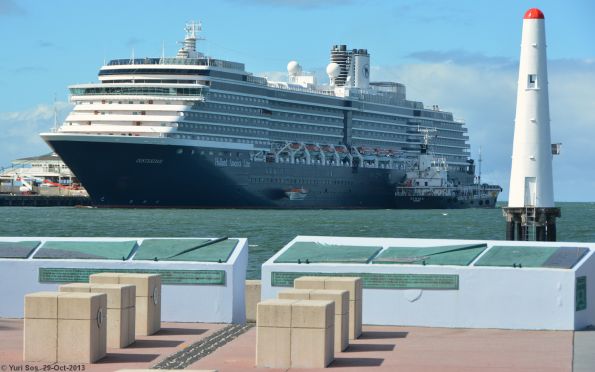 29-Oct-2013:  Like the arrival of swallows heralding the onset of Spring, the arrival of Holland American line cruise ship Oosterdam marks the commencement of the 2013-2014 Cruise Ship season at Station Pier.  According to a Port Of Melbourne Authority media release "Melbourne will host a record 67 cruise ship visits during the 2013-14 season bringing around 200,000 passengers and crew to Station Pier".