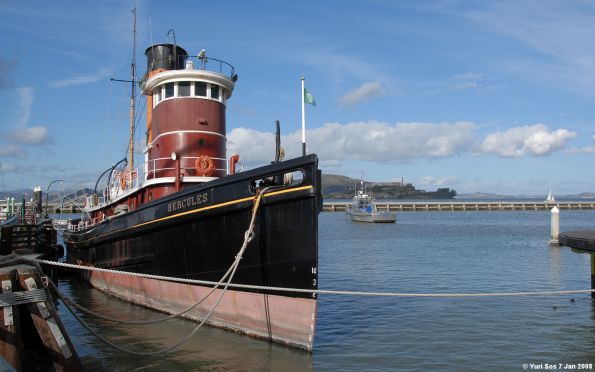 7 Jan 2008: Steam Tug "Hercules" built in 1907 and worked the West Coast as an ocean-going tug, then for the Western Pacific Railroad before its retirement in 1962. She was acquired and restored by the National Parks Service in 1977 and designated as a National Historic Landmark in 1986: today she is on display at the San Francisco Maritime National Historical Park on Hyde Street Pier.